skip to main | skip to sidebar

city must be a compost 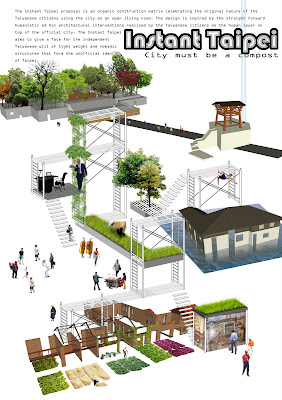 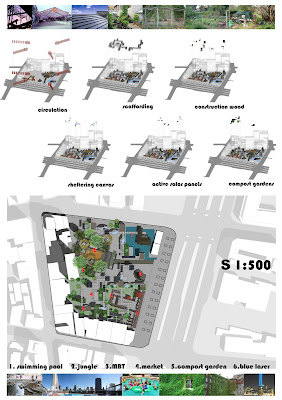 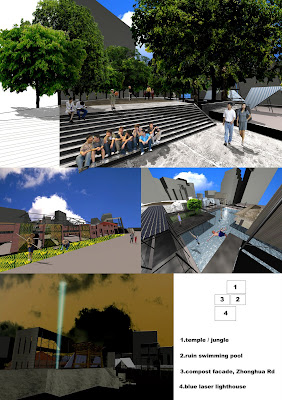 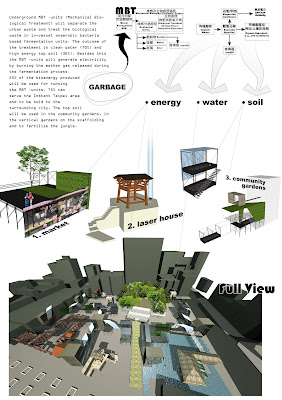 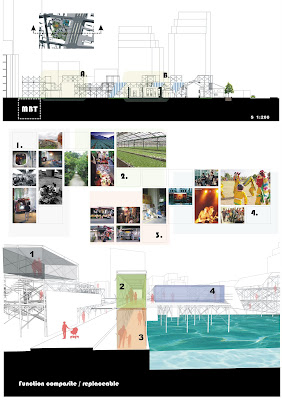 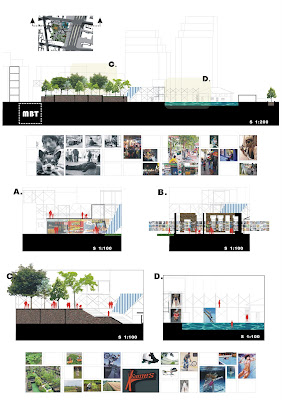 The Instant Taipei is an organic construction matrix celebrating the original nature of the Taiwanese citizens using the city as an open living room.
The desing is inspired by the straight forward humanistic ad hoc architectural interventions realized by the Taiwanese citizens as the human layer on top of the official city.
The Instant Taipei aims to give a face for the independent Taiwanese will of light weight and nomadic structures that form the unofficial indentity of Taipei.
The Instant Taipei is a three dimensional collage of Taiwan. The open form and easily modified structure will be given for the citizens as a three dimensional park or public space as a platform for their various public-private activities to take place. The proposed design is at the same time a construction site and a ruin trusting that the city must be a compost.
The construction site - ruin axis gives the Instant Taipei proposal the needed possibility to meet the socio - ecological state of the Taiwanese cities of today in their post industrial condition and to work as an urban laboratory in finding a new balance between the modern man and nature. New cultivated and wild urban nature is introduced backed up with localzed high environmental technology (Mechanical Biological Treatment).
Nothing has been removed from the competition area and nothing heavy has been introduced but instead a new layer has been added overlapping the existing urban context - a human layer. This can be viewed as urban acupuncture reacting on the hidden energy flows (Chi) of Taipei. The acupuncture point is the Wanhua 406 competition site and the acupuncture needle is the Instant Taipei -design. This is a light weight touch on the city organism of Taipei but will effect on a constructive and positive way on the total common subconscious Chi of the city.
Marco Casagrande & Watan
Posted by Marco Casagrande at 02:32 No comments: